You are at:Home»Literary Paris – The World’s Creative Capital

“If you are lucky enough to have lived in Paris as a young man, then wherever you go for the rest of your life it stays with you, for Paris is a moveable feast.” Ernest Hemingway

Indeed, throughout history Paris has been a home and haven for writers, artists and philosophers alike who have perpetually flocked to the ‘City of Love’ to find inspiration and passion for their art.

Scattered amongst the landmarks and tourist haunts, you will find the true essence of Paris as seen through the eyes of some of the most influential and famous writers of all time who once frequented the city’s cafés, bars, museums and markets. Walking in the footsteps of the great writers, from Hemingway and Stein to Voltaire and Hugo, is a brilliant way to unearth the true secrets and beauty – and, on occasion, luxury – of the literary capital of the world. 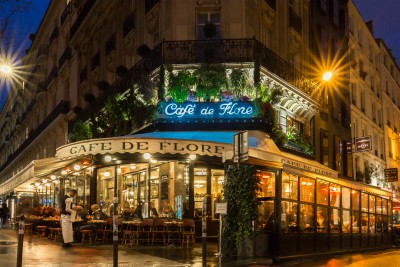 When dreaming up images of the great writers and intellects floating through literary Paris, one instantly pictures moody cafés and bars filled with lively characters chatting enthusiastically through clouds of cigarette smoke with glasses of red wine or tumblers half-filled with scotch idly clasped in their hands. Or, perhaps, mysterious figures hunched over a corner table sipping on endless espressos and writing fervently. Fortunately, many of these haunts have remained halted in time and are still serving those who wish to transport themselves back to this golden era.

The majority are scattered across the Latin Quarter (5th and 6th arrondissements) and it is best to start in Montparnasse then leisurely stroll down to the Seine. La Coupole is an Art Deco institution on the Montparansse strip. Dating back to 1927 it has played host to Simone de Beauvoir, Jean Paul Sartre, Ernest Hemingway and Henry Miller, to name a few. With over 600 seats and adorned in spectacular art, describing it as opulent would be an understatement.

La Couple’s lavishness is perhaps only matched by Café La Rotonde which sits on the opposite side of the street. Hemingway famously wrote about La Rotonde in The Sun Always Rises, exclaiming that,

“No matter what café in Montparnasse you ask a taxi driver to bring you to from the right bank of the river, they always take you to the Rotonde.”

Further along is the incredibly romantic La Closerie des Lilas which boasts roots spanning back to visits from early 19th century French poets such as Guillaume Apollinaire and Paul Verlaine, and to Man Ray, Oscar Wilde and Samuel Becket in the roaring 1920s and 30s. The American elite also frequented the restaurant and it is rumoured that Fitzgerald gave Hemingway the first manuscript of The Great Gatsby while dining at the establishment.

Strolling towards the Seine, Les Deux Magots and Café de Flore, which are positioned a few steps away from each other in Saint-Germain-de-Pres, are the last two cafés not to be missed. Both were at the centre of the bohemian period. Similar in style and décor with rickety chairs that spill out onto Boulevard Saint Germain and provide a comfortable perch to sit and watch Parisian life go by, their guest books include Sartre, Camus, Hemingway and Joyce. Still favoured by tourists and the fashion elite, the cafés have not changed much over the years and, as a result, it is easy for customers to get a real sense of the history and lives of the great writers. 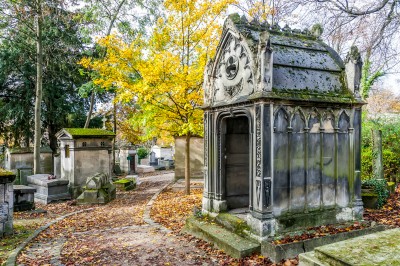 Perched in the very north of Paris and covering over 100 acres sits Pére Lachaise Cemetery. The list of famous people buried at the cemetery is so extensive that it has become the most visited in the world.

Many of the great literary legends rest there, from Oscar Wilde to Molière, who directed at the Palais Royal Theatre. Other writers include Marcel Proust, Balzac, Gertrude Stein and Colette as well as the poets Apollinaire Jean de la Fontaine, and singer Jim Morrison. The grounds themselves are truly spectacular and one could easily spend an entire day walking through the hauntingly beautiful paths which lead off into a labyrinth of smaller avenues.

Many would consider the Luxembourg Gardens to be the heart of the Latin Quarter. With its perfectly manicured lawns, tennis courts, lavish fountain and array of monuments, the gardens have been a sanctuary for many writers in Paris who paced the walkways and wrote while lazily seated on one of the chairs dotted around the central ponds. Hemingway was known to take leisurely walks through the gardens and makes reference to them in his novel A Moveable Feast. The busts and statues of famous writers and poets such as Paul Verlaine, Henri Mürger, George Sand and Gustave Flaubert are spread across the gardens paying tribute to Paris’ literary history.

On the complete opposite end of Paris, Montmartre Cemetery also hosts the tombs of many famous writers. The Montmartre neighbourhood itself has long been known as the Bohemian crux of Paris as many artists populated its dwellings and set up shops along the winding streets. You will find the resting places of Alexandre Dumas, Stendhal and Émile Zola (although his ashes have since been moved to the Panthéon) amongst the rows, as well as poets Heinrich Heine and Alfred de Vigny. 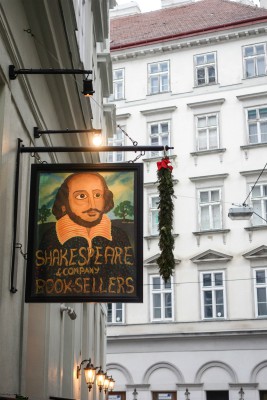 As mentioned above, the Panthéon is a spectacular building in the Latin Quarter with extensive connections to the literary world. The façade of the building is truly spectacular with influences from Greek and Italian architecture, and it has magnificent columns running the vertical length of the front portico and a crowning dome which is reminiscent of St Paul’s Cathedral in London. Formally an Abbey, King Louis XV was responsible for restoring the building to what it is today and adorning the words ‘For great men, the grateful Nation’ across the entrance. It is only appropriate, then, that some of the greatest writers and philosophers in history are buried in its necropolis, including Voltaire, Rousseau, Victor Hugo, Descartes and Émile Zola.

Victor Hugo’s House on the opulent Place des Vogues was converted into a museum in 1903 and visitors are now able to tour through his abode and get a real sense of what the living conditions were like for this acclaimed author while he was writing several of his major works. It is a truly remarkable and immersive experience to be able to step right into his living room and see the desk at which he created Les Misérables and completed Ruy Blas.

Musée de la Vie Romantique (Museum of Romantic Life), standing at the base of Montmartre, is the beautiful former home of Dutch artist Amy Scheffer and houses artefacts which celebrate the many famous artists and musicians who frequented the abode throughout the years, including Delacroix and Chopin. However, the ground floor of the museum hosts an exhibition dedicated to the controversial life of George Sand, perhaps one of the most prominent female French writers of the 19th century. Born Aurore Dupin, she penned under the pseudonym of George Sand which allowed her to freely write about controversial topics such as women’s sexuality and equality, as well as to conceal her eccentric personal life, which included a love affair with Chopin. The museum offers an interesting and unique perspective on the lives of female writers and their place in the history of literature.

Finally, a literary tour of Paris would not be complete without a visit to the Shakespeare and Company Bookshop. This rickety old shop sits proudly on the left bank of the Seine, opposite the Notre Dame Cathedral, and is where many of the writers in Paris would congregate to buy, discuss and debate literature, books and philosophy. Perhaps one of the most famous independent bookstores in the world, it was frequented by the likes of Gertrude Stein, Ezra Pound, James Joyce, Hemingway and TS Elliot in the 1920s.

The spirit still remains despite having moved and reopened since the ‘Lost Generation’ of the 20s were patrons, and to this day the establishment still offers 13 beds for young aspiring writers who need a place to sleep. Certainly, it has always been more than just a bookstore and today, when the delicate art of literature and the written word feels as if it is gradually fading, a little corner in a humble bookstore in the centre of literary Paris can indeed be a welcomed haven.

Contributor Maria Fedele is an adventurous traveller and freelance writer from South Australia who has lived in Paris and currently calls London home.